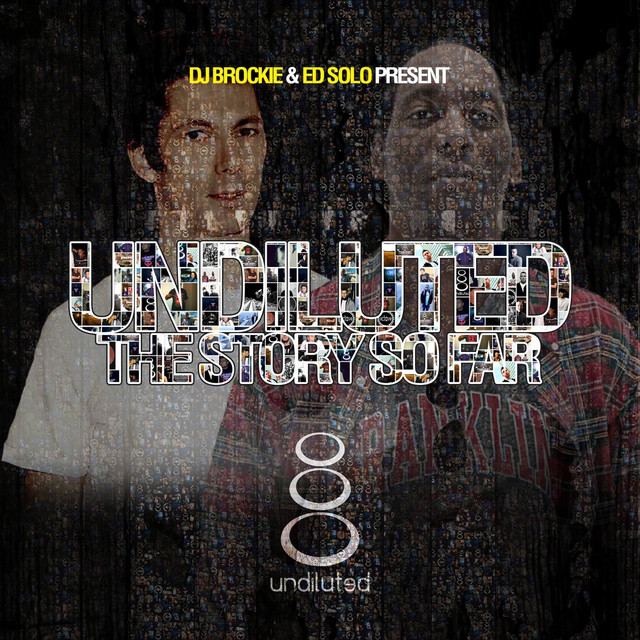 Back in the day, before he was involved in the jungle scene, Brockie was playing swing, soul, hip-hop and ragga, amongst other styles. He then swiftly found hardcore and that led him on the start of his journey to where he hit the explosion of the jungle scene. Brockie has been a known name and a DJ in the scene since 1988, representing in the jungle since day one. In 1991 he teamed up with friends to establish the infamous Kool FM 94.5 - the best and longest standing drum & bass radio station in the world to date! In 1997 Brockie set up his Undiluted Recordings label with Ed Solo, from which we have seen quality releases and much talent! The label has grown from strength to strength, with each and every new release which is unleashed from the Undiluted camp. Brockie's style is very diverse. He very much works with the crowd and plays different sets to different crowds all round the world. When playing at a big rave you've got to have a balance of everything across the board, because everyone likes something different. Brockie has played all over the world and because of this, coupled with his long running relationship with Kool, Det and Undiluted, he has become one of the biggest names in the scene. Read more on Last.fm. User-contributed text is available under the Creative Commons By-SA License; additional terms may apply.

DJ Brockie has been mentioned in our news coverage

Below is a sample playlists for DJ Brockie taken from spotify.

Do you promote/manage DJ Brockie? Login to our free Promotion Centre to update these details.