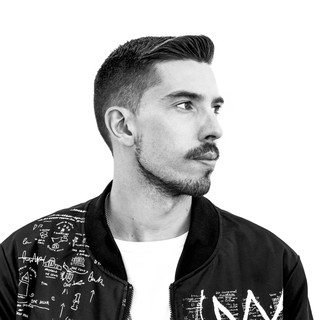 Stage And Radio in Manchester

Exciting. Exhilarating. Enthusiastic. If music be the food of love, then let Denney play on.

Hailing from the North East of England, this fresh talent cut his teeth at the best of northern club nights, before spreading his wings - and his love for music and life - literally across the world.

2012 saw the house music brethren really take notice of Denney, as his track ‘Ultraviolet’ was chosen for the Hot Creations Paradise Summer Sampler. The track set dancefloors alight - it sat comfortably at Number 1 in the bestselling vinyl chart on Juno and gained DJ support from the likes of Sasha, Damian Lazarus, Seth Troxler, and MANDY. Such a tremendous effect led to Denney playing for Hot Creations at the infamous DC10 in Ibiza last summer.

But Ultraviolet certainly was not Denney’s first piece of epic craftsmanship. Previous releases have been featured on many respected labels, such as Saved Records, Great Stuff, 20:20 Vision, Leftroom and Bulletdodge. His track ‘Suckerpunch’ also featured on the VIVa Warriors Compilation in 2012, mixed by Steve Lawler and Darius Syrossian.

His tracks have also gained airplay from the likes of Laurent Garnier, Dubfire and Jamie Jones, and led to him being named a Mixmag “Future Hero” alongside Nic Fanciulli. BBC Radio 1 also gave him a 15 minute producer profile mix. All showing how hard work and perseverance has led to the success Denney deserves.

Ultraviolet showcased Denney’s unmistakeable, unique blend of house and techno, of which he has pioneered and crafted over the years. Playing alongside some of the world’s biggest names, Denney has shown a modest, unfaltering style - whether playing a warm up or main room set, the standard and love are always clear to see. His style is warm and honest, if a little warped at times!

Denney has been mentioned in our news coverage

Camelphat and Denney confirmed for NYE at Code

Here are the latest Denney mixes uploaded to Soundcloud.

Do you promote/manage Denney? Login to our free Promotion Centre to update these details.