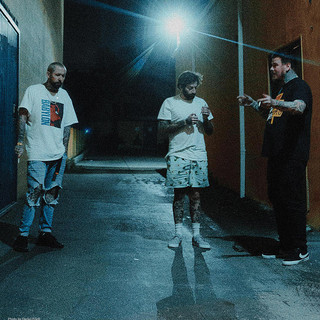 Deez Nuts from Melbourne, Australia is a hardcore project with elements of rap from ex-I Killed the Prom Queen drummer, J.J. Peters. Deez Nuts started after Australian metalcore band I Killed the Prom Queen decided to split up. In 2007, J.J. Peters did his first tour tour of Australia. Then in January 2008 he toured with Canadian band Silverstein, also on that tour were Set Your Goals, The Amity Affliction and capside. Their debut EP "Rep Your Hood" was released on the 20th of August. September 2008 marked Deez Nuts second tour of Australia.

Deez Nuts has been mentioned in our news coverage

Below is a sample playlists for Deez Nuts taken from spotify.

Do you promote/manage Deez Nuts? Login to our free Promotion Centre to update these details.