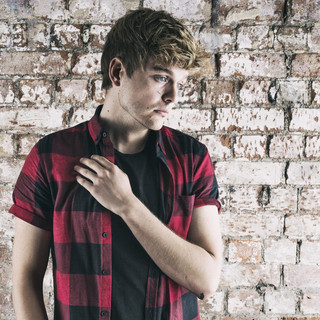 Danny Mcmahon is a commercial singer-songwriter and owner of Puzzle Maker Studios in Bristol, UK. He has a passion and talent for creating compelling and meaningful lyrics accompanied with beautiful vocal harmonies and powerful melodies that make his song writing something special.

Previously Danny has toured Europe as a leading vocalist and Guitarist and played at a number of large British venues including Bristol Colston Hall, Camden Roundhouse and Glastonbury festival. Danny has also worked for Paramount songwriting as a commercial songwriter and has recently co-written with Country artist Becky Lawrence on her debut EP.

His passion for Country music began upon introduction to the famous Brad Paisley song â€˜Letter to meâ€™. He said he connected with the songsâ€™ realness and authenticity. As he became increasingly fixed upon the way country music uses emotive lyrics and shows such a great level of relatability, Danny thought heâ€™d give writing country music a go, little did he know that he actually had quite a talent for it. This fuelled the beginning of Dannyâ€™s pursuit of the country music business.

He now wants to use his talent for songwriting to reach people through his music and is currently recording his first EP which has been written, recorded and produced by Danny himself at Puzzle Maker Studios.

Danny McMahon hasn't been mentioned in our news coverage

Below is a sample playlists for Danny McMahon taken from spotify.

Do you promote/manage Danny McMahon? Login to our free Promotion Centre to update these details.