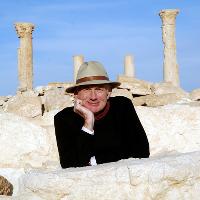 Dan Cruickshank (born 26 August 1949) is a British art historian and BBC television presenter, with a special interest in the history of architecture.

Cruickshank began his career with the BBC as consultant, writer and presenter on the architectural programmes One Foot in the Past and The House Detectives. He also contributed films to the Timewatch and Omnibus strands.

He has served as Historic Buildings Consultant for ADAM Architecture since 1999 and has been involved in the repair and restoration of many historical buildings including Spencer House in St Jamesâs, Heveningham Hall in Suffolk and numerous early 18th-century houses in Spitalfields and other parts of London.

Dan Cruickshank hasn't been mentioned in our news coverage

Do you promote/manage Dan Cruickshank? Login to our free Promotion Centre to update these details.