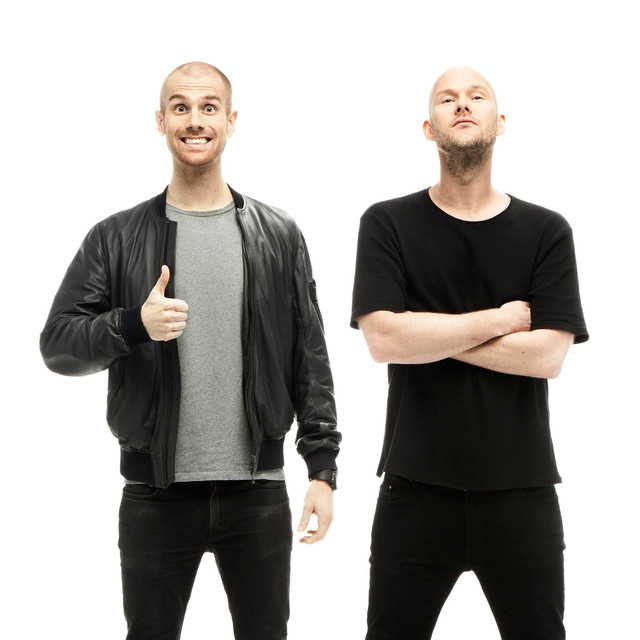 They donât care about genres. They donât care about smartness. They donât care about the things you care about. Dada Life just want to make you jump up and down. Then make you crash into a wall with a smile on your face. The formula has been a winner since the start. In summer 2006 Dada Life released âBig Timeâ and DJ:s all over got their first take on the duo. Since then there has been a steady stream of records: âThe Great Fashionista Swindleâ, âVote Yesâ and âFun Fun Funâ as well as the full length album âJust Do The Dadaâ. Dada Life have also remixed artists such as Laidback Luke, Alex Gopher and Dan Black/Kid Cudi. The tunes are played by everyone from Crookers, Eric Prydz and Benny Benassi to David Guetta, as well as featured on tons of compilations. Tiësto quickly understood how to Do the Dada â and the duo played before him on his massive USA-tour 2009 (as well as some dates 2010). 2010 is going to be massive for the duo with planned tours in USA and Australia, as well as gigs at the big European festivals. Also expect tons of new tracks and remixes. The album âJust Do The Dadaâ is released and done. Good, because Dada Life are hungry again. As DJ:s Dada Life always have a little extra in their record bag. They constantly produce their own remixes/edits (âGuerilla Fartsâ!!!) of good tunes in order to have something unique to play. (And when they get bored with the tunes, the mp3's end up somewhere on the netâŠ) Just give them a few bottles of cheap champagne and a box of bananas and they keep going. And remember: destroy dance music and have fun. Donât look back in the past. Always go forward. Donât think too much. Always follow the money. Just Do The Dada. User-contributed text is available under the Creative Commons By-SA License and may also be available under the GNU FDL.

Dada Life has been mentioned in our news coverage

Discarding the formula with Dyro

DJ Pierre Interview: I accept the evolution of music

Dyro: The Manchester crowd is especially up for it!

Below is a sample playlists for Dada Life taken from spotify.

Do you promote/manage Dada Life? Login to our free Promotion Centre to update these details.