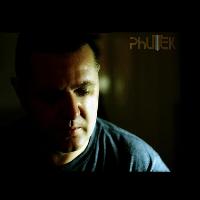 Phutek has been involved in the dance music world since his mother gave birth on the dance floor over two decades ago. Before Phutek was devised Craig Regan as a 14 year old used to work as a light controller at one of the original pioneers of the scene in England 'Amnesia House' in his hometown Coventry at the legendary Eclipse nightclub. Standing in the same aura as gods like Carl Cox, Sasha, Grooverider to name a few! week in week out soon struck an ignition for him wanting to be someone that controlled a dance floor! After spending the 90’s Djin progressively from his hometown outwards and beyond, adapting all the time to how dance music was changing, Craig was fortunate to become friends in the mid 90’s with the likes of the late great Tony De Vit, Fergie and Andy Farley. These Dj’s and the music they played and the clubs they played in became a big part of what style Craig became passionate about for the rest of the decade this leading to being a successful resident at Seduction at the famous Colosseum in Coventry from 1996-99 and then went on to be a resident and the infamous night Tonic at The Institute (formally the Eclipse) and at Eden in Ibiza in 2001. Craig played most hard house outfits around that era, most notably Sundissential Tour and Trades Suck and Swallow tour. During this time he produced and remixed on PhantomTrax.

After the millennium Craig’s music taste matured but found it hard to market himself and move away from being known as a hard edged dj. This is when a new alter ego was formed in Phutek. Phutek represented his keen eye on tech house and techno growing and merging with the UK house scene and the dirty groovier side of this genre was what this new alter ego wanted to play. Starting almost a fresh journey from 2002 Phutek has played up and down the country concentrating on playing the right venues rather than volume of the wrong gigs, and was finally recognised by being made a tour resident for Hed Kandi and Cream Classics Tour both in 2007/08. Phutek is the creator of the Element brand and label. He intends to

use the label as a tool for him to express many years of his production ideas. But more importantly wants to try and bring music back under one umbrella again like it was before ‘genres’ sent aspects of EDM down separate motorways. Along the way he hopes to showcase new undiscovered talent and also welcome some nostalgic giants he respects and is friends within music production. And hopefully collectively produce new cutting edge music under the Element Banner

Craig 'Phutek' Regan hasn't been mentioned in our news coverage

Do you promote/manage Craig 'Phutek' Regan? Login to our free Promotion Centre to update these details.