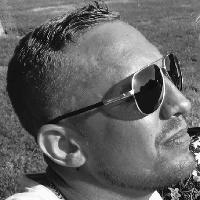 Music is a massive part of Chrisy Stebbed’s life… Chrisy commenced DJ’ing back in Essex, UK in 2007 where he started playing Drum n Bass before moving on to Old Skool Garage. At that time, he also had the opportunity to play on radio stations such as Subzero 101.2fm and Phaze 99.7fm. By 2008, Chrisy had established his own successful multi-genre night called ‘SESƧIONS' where he regularly has a huge following of people who are keen to dance the night away to his own unique style and that of his fellow DJ’s who work under his direction. Chrisy is an outstanding DJ Artist who possesses an utterly superb talent; he always gets the crowds going, whether it be at a more intimate event, or a large event, he never fails to disappoint. He is totally flexible in his approach and can even offer bespoke music sets to his clients as required. He was recently featured in MixMag Live for his latest 'SESƧIONS’ event. Not only has Chrisy played at most clubs in and around Essex UK, as well as clubs in South East England, he has also appeared internationally at various bars and clubs in Ibiza, as well as Sunny Beach Bulgaria. This year will see him play in Thailand and there are likely to be other international destinations on the horizon soon.

In 2009, Chrisy found a love for electro and progressive ‘house’ music and by 2010 he developed a love for all genres of ‘house’ music culminating in his true love of deep and tech house today, where he feels that he can express his true self through his excellent mix of this particular genre of music. With his positive mental attitude, his passion and drive to succeed, Chrisy is now a budding Tech House DJ Artist and Producer; he of course remains the sole Founder of his brand 'SESƧIONS’. He is also listed as one of the top 1000 DJs on the Resident Advisor platform. Chrisy too has his own radio show on legal UK urban dance station Funkysx 103.7fm (www.funkysx.com) each and every Saturday from 6.00 p.m. to 8.00 p.m. (The House ‘SESƧIONS') as well as appearing as a regular guest on Centreforce 883 DAB radio playing alongside his old friend Micky ‘Star’ Lewis from the Love-House-Music brand.

For enquiries and bookings please email cstebbeds@gmail.com. Follow Chrisy on Instagram Chrisy_stebbeds & Twitter @Chrisystebbeds as well as track his events here on Skiddle where you too have the opportunity to listen to some of his podcasts from his radio shows. Each week Chrisy endeavours to take you on a ‘musical journey’ providing his listeners with the “Sound of Excellence”. Certainly be prepared to be amazed by his blinding talent, fantastic music selections and sublime mixing ability.

CHRISY STEBBEDS hasn't been mentioned in our news coverage

Here are the latest CHRISY STEBBEDS mixes uploaded to Soundcloud.

Do you promote/manage CHRISY STEBBEDS? Login to our free Promotion Centre to update these details.