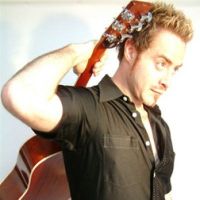 The Angel in Topcliffe

“If you’re a fan of Bill Bailey or Rich Hall, you’re a Christian Reilly fan already” – THE GUARDIAN

Christian started playing in bands at the age of 15, but his first comedy gig was in the Perrier award-winning ‘Rich Hall is Otis Lee Crenshaw’. He has used his accomplished musicianship, extensive vocal range and love of music to establish himself as a global comedy circuit headliner; appearing at international festivals, on BBC radio and TV, and on the Chortle award-winning ‘Richard Herring: As It Occurs To Me’.

“A charmingly confident performer, an accomplished musician and a clever comic… The funniest songs I have heard in a long time” – KATE COPSTICK, THE SCOTSMAN

Christian Reilly has been mentioned in our news coverage

Do you promote/manage Christian Reilly? Login to our free Promotion Centre to update these details.