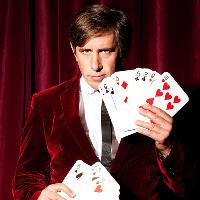 Christian Lee is a talented and award winning, comedy magician. Reaching the Live Finals of the Britainâs Got Talent 2016 with over 40 million and counting Youtube Hits worldwide. Christian has also been crowned Grand Finalist of Britain Does Variety and nominated Best Host at the London Cabaret Awards. Christian is also extremely popular with family audiences winning BBC Oneâs TV show The Slammer .

Christian is a member of the Inner Magic Circle with Silver Star (the highest endorsement for a performing magician) and performs magic ranging from close up tricks to illusions and full stage productions. With his tongue in cheek humour Christian is currently leading the way with his unique style and wacky performances and has been dubbed the âKing of Comedy Magicâ by Time Out.

Christian is currently touring his childrenâs theatre show POP across the UK and regularly produces, host and provides special performances for Comedy at the Hippodrome in the west endâs world famous London Hippodrome, along with Privee cabaret in Knightsbridge plus touring with international show An Evening of Burlesque.

Christian Lee hasn't been mentioned in our news coverage

Below is a sample playlists for Christian Lee taken from spotify.

Do you promote/manage Christian Lee? Login to our free Promotion Centre to update these details.