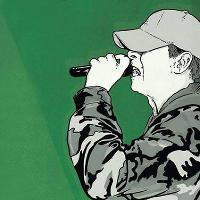 Ravenstonedale On The Lune in Kirkby Stephen

CHESHIRE CAT...grew up in birmingham, always had a love for reggae music from the beginning..He first held a mic in 1981, the first sound he joined was ITAL WARRIOUR from south brum,then in 87 he joined LOVE INJECTION and clashed with many sounds from all over the world,in 1991 he joined LOVE TONIC SOUND..In th 90,s he had a record deal with sony, also started working for LEFTFIELD, releaseing tunes like RELEASE THE PRESSURE & CHANT OF A POORMAN,,also touring the world with them up to this day..

Cheshire Cat is well known in the bhangra market and has collaborated with many established artist and producers such as Bally Sagoo, Sukshinder Shinda, Malkit Singh to name a few.

Cheshire Cat has been mentioned in our news coverage

Do you promote/manage Cheshire Cat? Login to our free Promotion Centre to update these details.