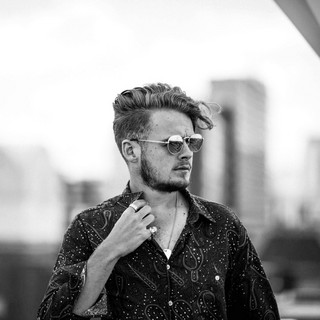 Hailing from the city of Liverpool, this young singer-songwriter has recently captivated audiences, young and old, from all over the north of the United Kingdom. He has gained many influences from the likes of Rock and Folk artists such as Bruce Springsteen, Mumford & Sons and Hudson Taylor to name a few.

Starting out in late 2016, Charlie Reader has crafted an original and pleasantly full sound for just one man on stage. With a Faith Acoustic Guitar at the helm of his performances, he uses a kick drum and foot tambourine to supply an ever missing thump and drive in so many other solo artists' performances. Not to mention the harmony pedal, which truly expands the vocal capabilities to a level expected from a full band. No loops, no pre-recordings, just live, solid, pulsing performances.

After being selected to support the YouTube famous artist, Hannah Trigwell, during her debut Album tour, Charlie has begun writing and recording to lay the foundations for his own solo career. Plenty more excitement to come from this artist in the coming year.

Charlie Reader hasn't been mentioned in our news coverage

Below is a sample playlists for Charlie Reader taken from spotify.

Do you promote/manage Charlie Reader? Login to our free Promotion Centre to update these details.