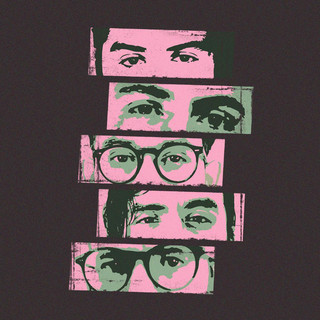 â€œTHINGS ARENâ€™T GOING TO GET BETTER. NOT EVERYTHING HEALS WITH TIME AND PROBLEMS DONâ€™T JUST GO AWAY. PROBLEMS HAUNT YOU, INFECT YOU, AND IN TIME BECOME A PART OF WHO YOU ARE. YOU MIGHT FIND WAYS TO DISTRACT YOURSELF OR TRY AND FORGET BUT EVERY TIME YOU LOOK IN THE MIRROR YOUâ€™LL ONLY SEE REMINDERS OF WHAT YOU HATE. EVIL SURROUNDS US AND IN TIME, BECOMES A PART OF WHO WE ARE. LET THIS BAND BE A REMINDER OF THAT.â€

Towards the end of Chris LoPortoâ€™s description of his band Canâ€™t Swim, youâ€™ll note the use of the word â€˜evilâ€™. He couldnâ€™t help gravitating towards it during the making of their second album, to such a degree that the working titles of its songs were littered with it; a catch-all word that summarized the malevolence he felt about a number of elements in his life, be it the events of a past he continues to be governed by, and the wrongdoing heâ€™s observed in his immediate surroundings and society as a whole.

This Too Wonâ€™t Pass was that albumâ€™s eventual title, an inversion of a well-known adage about time healing all things, because, as Chris suggests, he doesnâ€™t entirely believe it can. Canâ€™t Swim articulate our struggles with the people, places and events that continue to shape our lives and scrape our hearts, but with one clear distinction: they show us that while exploring them may provide us with a momentary sense of clarity, it doesnâ€™t necessarily bring us the clear-cut catharsis weâ€™re told it will.

Itâ€™s for that reason that This Too Wonâ€™t Pass finds Canâ€™t Swim continuing to mine the vein of pain and sadness opened open on their debut album, Fail You Again, but thatâ€™s good news for those given comfort by that critically acclaimed act of bloodletting.

Can't Swim has been mentioned in our news coverage

Below is a sample playlists for Can't Swim taken from spotify.

Do you promote/manage Can't Swim? Login to our free Promotion Centre to update these details.