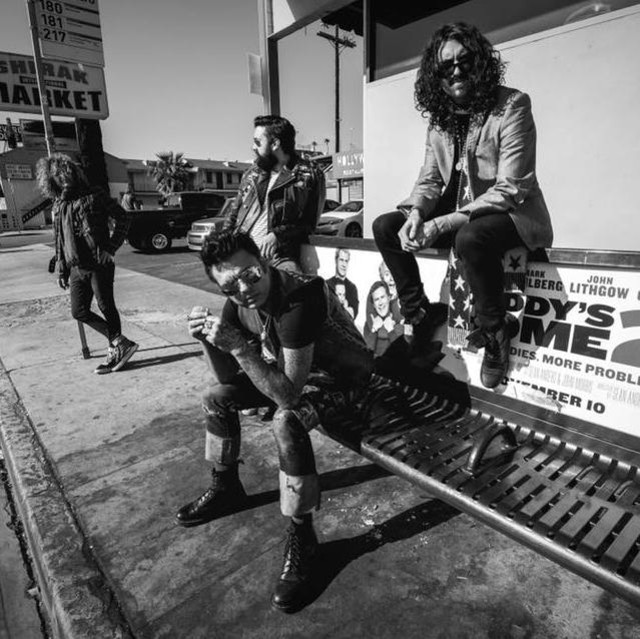 Bullets and Octane is a hard rock band originally from St. Louis, Missouri, but now based out of Orange County, California. The band released their debut EP "The One Night Stand Rock N' Roll Band" under the name "Bullets N' Octane" in January 2003. They changed their name to "Bullets and Octane" for the release of their debut album, "Revelry", which was released in September 2004 on the independent label Criterion Records. The band was originally comprised of Gene Louis on vocals, Jack Tankersley and Skye Jayne on guitars, Brent Clawson on bass, and Ty Smith on drums.

Bullets and Octane signed to RCA Records in 2005. Jack Tankersley and Skye Jayne were replaced by guitarist James Daniel, and the band released their major label debut "In the Mouth of the Young" in April 2006. Skye Jayne later ended up in the band The Chelsea Smiles, with whom he currently plays. In early 2006, they toured as openers on Avenged Sevenfold's City of Evil arena tour. After recently finishing a tour around western USA with Bullet for My Valentine, Bullets and Octane then heading off for another UK tour with StoneSour this time.

In 2007, Bullets and Octane announced their split with RCA Records, claiming they were mistreated. They are set to release the self-produced album 'Song for the Underdog' during their US tour in June with Unwritten Law, selling it only at shows for the first month. After this, they plan to release the album digitally, then retail. Bullets bassist Brent Clawson has taken over all mixing and producing duties for this album. Read more on Last.fm. User-contributed text is available under the Creative Commons By-SA License; additional terms may apply.

Bullets and Octane has been mentioned in our news coverage

Below is a sample playlists for Bullets and Octane taken from spotify.

Do you promote/manage Bullets and Octane? Login to our free Promotion Centre to update these details.