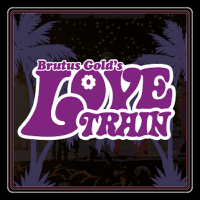 Brutus Gold and the Love Train tickets and 2021 tour dates

Like missionaries of old and still stuck in a timewarp of music, fashion and aftershave,

To convert the good people of the world back to the ways of Disco!

From city to city, around the world, reinstating Disco to its rightful place…

Now entering its show stopping 30th year 'The Love Train’ is an immersive, interactive party of humpin’ pumpkin’ disco action and with it’s unique charm and rapport has the power to make the hardest audience “Don a wig and Do the Hustle!” Throughout the years they have performed at prestigious festivals in Switzerland, Dubai and Italy as well as dazzling the likes of Tina Turner, Ben Stiller and Owen Wilson at exclusive private parties. Brutus Gold’s Love Train has earned a reputation as the ultimate disco night: a multi-dimensional bundle of 70’s iconography, tongue in cheek comedy and fun.

Do you promote/manage Brutus Gold and the Love Train? Login to our free Promotion Centre to update these details.