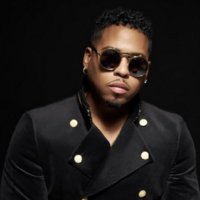 Robert Wilson (born February 27, 1980 in Jackson, Mississippi), was better known by the stage name Bobby Valentino, but is now officially known as Bobby V. According to Songfacts, Wilson was forced to shorten his name because of a lawsuit involving a British musician who has been recording and performing under the name Bobby Valentino years before Bobby V had come on the scene. He is an American R&B singer previously signed to Ludacris’ label Disturbing Tha Peace. He released his self-titled debut album in 2005 and has since released 2007’s Special Occasion and 2009’s The Rebirth.

Bobby V has been mentioned in our news coverage

Free Things to do in Edinburgh

Titan Festival 2022: T-Pain amongst headline acts of this summers event

Below is a sample playlists for Bobby V taken from spotify.

Do you promote/manage Bobby V? Login to our free Promotion Centre to update these details.