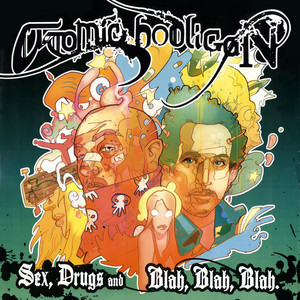 Atomic Hooligan are a breaks duo from London. You Are Here, their debut album, was released in 2005. The two are also well known for their remixes. Matt Welch is a classically trained violinist since the age of 4 and holds a Masters in Music. The other Hooligan and Turntabelist / DJ extraordinaire Terry Ryan is a graduate of the School of Audio engineering and has been spinning the decks since he discovered body hair.

Atomic Hooligan has been mentioned in our news coverage

Below is a sample playlists for Atomic Hooligan taken from spotify.

Do you promote/manage Atomic Hooligan? Login to our free Promotion Centre to update these details.