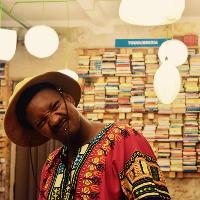 Night And Day Cafe in Manchester

ATike is the co-founder and resident of club night Me Gusta; an inclusive world music night that incorporates many different elements such as a live band playing alongside it's resident and guest DJ's from across the globe

With parents originating from South America and Africa the sounds of ATike's childhood were full of tropical rhythms and the soothing sounds of his father's djembe. Growing up in Austria formulated a deeper understanding of melodic music which was then solidified when he moved to Belfast at the age of fourteen. He quickly became involved and excited in the rebirth of house music that was occurring there at the time.

Afterwards he moved to the city of Manchester and began experimenting with different sounds and equipment; incorporating many different elements and sounds. Having worked for a number of events in both Belfast and Manchester he felt there was a gap in the market for a more inclusive world music event. He was seduced and inspired by the enigmatic sounds

Atike hasn't been mentioned in our news coverage

Here are the latest Atike mixes uploaded to Soundcloud.

Do you promote/manage Atike? Login to our free Promotion Centre to update these details.