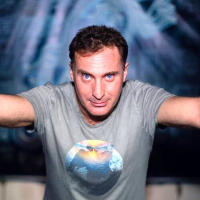 Aphrodite (born Gavin King) less commonly known as A Zone or DJ Aphro, is a UK jungle and drum'n'bass DJ/producer who well and truly put the bass in drum & bass. Working alongside Micky Finn on their joint Urban Takeover label, they have released some of the scene's definitive dancefloor tracks, whilst also having significant solo success (even hitting the UK Top20 in '98) . One of the oldest drum and bass producers, he largely contributed to and influenced drum and bass' current styles and techniques. He is also master of "jump-up" drum and bass, i.e. DnB that makes you want to do just that-jump up and dance.

Aphrodite has been mentioned in our news coverage

Here are the latest Aphrodite mixes uploaded to Soundcloud.

Do you promote/manage Aphrodite? Login to our free Promotion Centre to update these details.