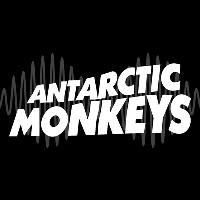 Formed in March 2006 from a jamming session, The Antarctic Monkeys took a big chance in which they became a phenomenon in their own right, travelling the UK, playing venues armed only with one album of material.

The success has continued and now armed with a setlist of almost 30 songs, the demand for the Antarctic Monkeys is ever growing with tours booked up Worldwide.

For all enquiries and bookings, please e-mail us at: antarcticmonkeys@live.co.uk

Antarctic Monkeys hasn't been mentioned in our news coverage

Do you promote/manage Antarctic Monkeys? Login to our free Promotion Centre to update these details.