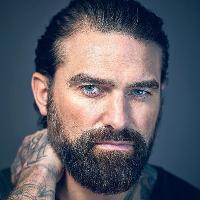 Ant Middleton is best known as the Chief Instructor for Channel 4’s hit show 'SAS : Who Dares Wins'. After three hugely successful series, another has already been commissioned by Channel 4.

2017 saw Ant at the forefront of Channel 4's hit show 'Mutiny' and this year he released his book 'First Man In: Leading From the Front', which quickly reached No. 1 on The Sunday Times Best Seller List.

Born in Portsmouth and raised in rural France, Ant set his sights on a career in the armed forces and didn’t stop striving until he achieved his goal. He joined the Special Boat Service (SBS) in 2008 and spent 4 years there. The SBS is the UK’s naval special forces unit and the sister unit of the SAS.

Ant Middleton hasn't been mentioned in our news coverage

Do you promote/manage Ant Middleton? Login to our free Promotion Centre to update these details.