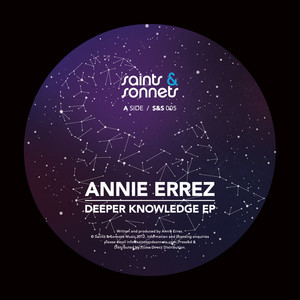 Annie’s interest in electronic music began at the turn of the millennium following visits to clubs and parties in the North East of England. It was from here that she decided to take that interest further and started to collect records.

In 2008, Annie became resident at renowned Leeds nightspot, Mint Club. It was here where she was able to develop her own style and learn the craft of a proper warm up DJ. As a result of her time as Mint Club resident, Annie set up her own party, System, alongside fellow Leeds DJ/Producer Bobby O Donnell. Over the years, System have been, and still are responsible for some of the best lineups to hit Leeds.

Of late, Annie has turned her hand to production with releases on Holic Trax and Saints & Sonnets, and her own Strobewax. Soon afterwards she was invited onto Steve O’Sullivan’s revered Mosaic Split Series, putting out two tasty tracks on last summer’s Part Four edition– Bell Curve and Auguste.

The last few years have seen Annie play at some of the best clubs and parties across the UK and Europe including Chalet Berlin, One Illusion Barcelona, and Birmingham’s amazing Below on New Years Day 2015.

Annie Errez has been mentioned in our news coverage

Here are the latest Annie Errez mixes uploaded to Soundcloud.

Do you promote/manage Annie Errez? Login to our free Promotion Centre to update these details.