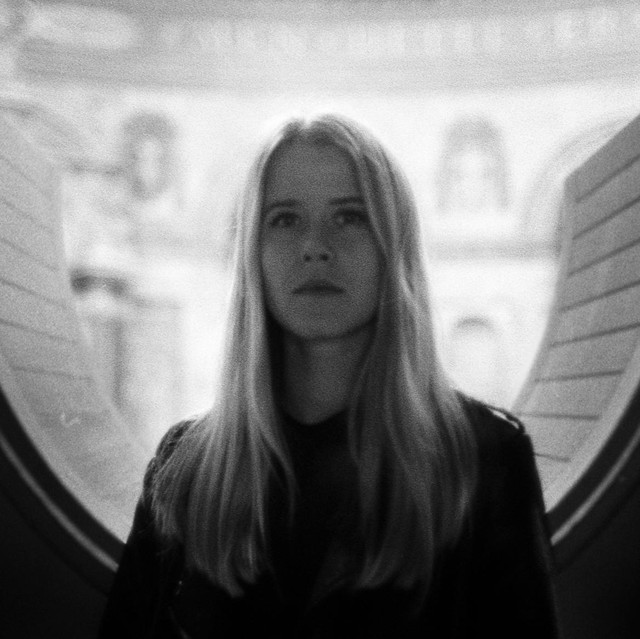 It was not that long ago that Anna von Hausswolff was just an anonymous architecture student in Gothenburg, Sweden. Now she's much better known as a singer-songwriter.

Anna von Hausswolff's debut EP "Track of Time" was released in February 2010 by Kning Disk, magnificent avant-garde pop with its crosshairs trained on the heart. The first album "Singing From the Grave" appeared in May. Everyone who hears Anna von Hausswolff sing, immediately stops, listens and gets touched by her magic. Her voice is that of total expression. Sometimes it caresses you, sometimes it roars up a storm.

On July 9, 2013 "Ceremony" was released in North America by Other Music Recording Co., and Anna von Hausswolff played her debut US show on July 10 at Glasslands Gallery in Brooklyn. The album received strong support from National Public Radio's Bob Boilen, who said "Von Hausswolff's voice possesses the power to soar with those mighty pipes and still hold tight to delicate, personal emotions. I hope to find one album like Ceremony every year — a rare, thoughtful, inspiring record for a night on the couch or a candlelit evening — and now I've got one for 2013." She was also featured on NPR Weekend Edition Saturday, PRI's The World, WNYC Soundcheck, the New York Times, Pitchfork and more.

Anna von Hausswolff hasn't been mentioned in our news coverage

Below is a sample playlists for Anna von Hausswolff taken from spotify.

Do you promote/manage Anna von Hausswolff? Login to our free Promotion Centre to update these details.