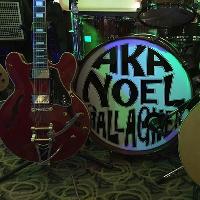 The Old Courts in Wigan

Skiddle is an official ticket outlet of B-Fest 2020. Get B-Fest Festival tickets, news and information with Skiddle.com.

In March 2015, Noel Gallagher released his second High Flying Birds album, "Chasing Yesterday", & after years of deliberation, Matt decided it was time to put together a band of musicians to recreate the former Oasis leader's shows & fulfilling a long held dream of playing a whole set of Noel's songs.

AKA Noel Gallagher has been mentioned in our news coverage

Do you promote/manage AKA Noel Gallagher? Login to our free Promotion Centre to update these details.