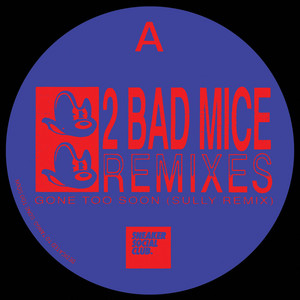 House of beats All day rave

Formed in 1991, 2 Bad Mice are widely credited as among the first U.K. hardcore acts to begin heavily incorporating breakbeats into the style. Consisting of members Sean O'Keefe, Simon Colebrooke, and producer Rob Playford (who also owns Moving Shadow records), 2 Bad Mice were a staple on the early- to mid-'90s hardcore scene, and were instrumental in the music's steady mutation into jungle/drum and bass.

2 Bad Mice has been mentioned in our news coverage

Below is a sample playlists for 2 Bad Mice taken from spotify.

Do you promote/manage 2 Bad Mice? Login to our free Promotion Centre to update these details.