Taking over the new 600 capacity venue on Whitworth Street, the opening night will feature a three-strong bill headed up by heavy metaller, occultist and general gender-crossing comic whizz, Andrew O'Neill - fresh from his Edinburgh residency.

Joining Andrew on the opening night will be Dave Longley (“Proves that comedy can say something important and, crucially, still be funny.” - The Metro) and Alun Cochrane ("An effortlessly funny performer... he makes the whole comedy thing look deceptively easy." - Chortle).

Group Therapy has been created by long time show producer and promoter Rosalind Bell - who has worked with the likes of Milton Jones and Phill Jupitus - and promoter Michael Clapham, who has promoted tours for Todd Barry and Adam Buxton.

Radically for a weekend comedy club, Group Therapy will have a strict ban on large single sex stag and hen parties. Co-founder Rosalind Bell explains "Other weekend clubs rely on stags and hens to fill their seats and spend at the bar. But they can spoil the night for everyone else, including the comedians. It’s a bold move, but we put the comedy first and we’re confident that audiences will respond to that." 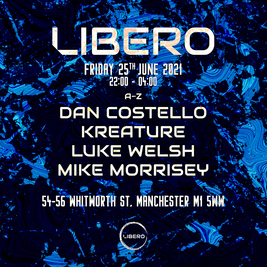 We have missed delivering unforgettable experiences to our Libero faithful. 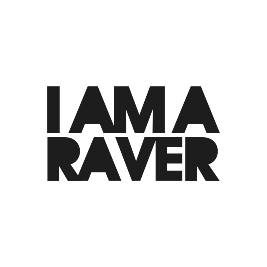 I Am A Raver Manchester

I Am A Raver Manchester 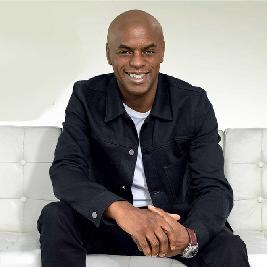 On the weekend of Friday 2nd and Saturday 3rd of July Trevor Nelson returns for his first weekend in... 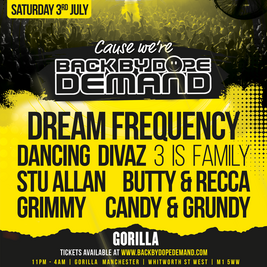