Lucy May caught up with Dutty Moonshine aka the king of the big bass swing sound, ahead of his long awaited return to Manchester (and Prohibition debut) on 4th June!

Lucy May caught up with Michael Rack (A.K.A Dutty Moonshine) before he headlines the Prohibiton 3rd Birthday Party at the Zombie Shack in Manchester on 4th June.......

Before the Club, Prohibition will be hosting one of their spectacular vintage boat parties with resident DJs Emma Clair, Alex Cardwell and Dom James before partying until the early hours with Dutty Moonshine, Cat Jam and Just Jess.

Dutty Moonshine, the brain child of Michael Rack, push the boundaries of the 1930?s swing sound to dance floor destroying levels. With big beats, horns and copious amounts of bass their unique brand of Electro Swing has taken them everywhere from Canada to China (and everywhere in between!) Dutty have headlined many top club nights across the UK and played festivals such as Glastonbury, Secret Garden Party and Bestival.

In 2015, Mike took his show to the next level with the 13 piece ?Dutty Moonshine Big Band.? Featuring the vocals of Hypeman Sage & M'aria Laveau and a full eight piece brass section. They push the Dutty debauchery even further with their chaotic and energetic live show.

Have a listen to Dutty's latest earth shattering mix here

Mike, how are you? And are you looking forward to performing at Prohibition?s 3rd birthday bash?

A bit drunk, and can't wait to play Manchester, love that city! Crazy bunch of buggers, and Emma Clair's a legend so the night's got to be good. Sly Fandango is playing who is an act after my own heart.

You've described your style as a 'bastardisation' of electro swing. How did you discover electro swing and what is your favourite sub genre of swing?

[Laughs] Well, I definitely didn't discover it, I was doing this before it had a name, I'd like to think I helped to shape the "Ghetto Swing" sound. I've always been one for not taking it seriously. You can think of me as the ugly Dad who left it's child when it was young. My sound is so far from Electro Swing that I'm frequently "kicked out of the club".

Where do you think the scene is going? What will follow electro swing, as people continue to experiment with new styles and tech?

The scene is dying a slow death due to people making mediocre house music and sticking token vintage samples over it. The true people you should listen to who wave the "vintage remix" flag are people like Electric Swing Circus, Smokey Joe & The Kid, C@ in the H@, a bunch of the Americans and Australians? Basically Europe is killing it by being cheap imitations of Parov Stelar. Look into other continents or delve into the UK scene's underground, the artists who don't "make" Electro Swing but like remixing Vintage samples.

You recently went solo, how does that affect the music?

It's cool. I miss both Furley aka Shimmerz and Danny aka Danny Wav. Both were the primary producers whilst with Dutty Moonshine but I always had big ideas on where to take Dutty. For instance the Big Band was a dream of mine for many years. So the band has become a focus for now and when it comes to releasing DJ singles, EPs... That's on the back burner for now? Wait until you hear the Big Band album though! I'll play tasters of it in my set in Manchester.

We look forward to it! I heard that you're also a talented musician... What instrument(s) do you play?

[Laughs] Someone has been pulling your plonker! I can't play instruments for shit, hence being a DJ! But I play a pretty mean ?Smells Like Teen Spirit? riff.

What has been your most memorable gig to date?

Ooh tricky! DJ wise it'll have to be the set I did with Danny at Beatherder. 6pm, The Ring, 2014. If you were there, you'll know. I can't play in the North now without at least one person saying "I was there!"

Big Band wise, it'll have to be Glasto, playing straight after the Radio 1 takeover with Andy C and many other great DnB artists. I mean, fuck me, look at that crowd!

Who are your biggest inspirations in the DJ world?

Hmm. DJ Binge of the Engine Earz, who actually now works with the Big Band so that's pretty fucking awesome. He was always an inspiration on the style that suited me. The McMash Clan were a big influence as well for the same reason. The biggest one would have to be Ron Malfunktion, [sorry Ron if I have your current name wrong!] the free party badman. He taught me to mix and to this day when creating mixes I think of him standing next to me talking things through.

And who have your favourite collaborations been with?

Theres a few... Maria Laveau - Skippa Love produced by Danny.Wav. is an epic track, also Temple Funk has been a big fave. They are a dope band on their own but they also provide the drums and brass section of the Big Band.

Name one thing that's always on your rider.

What festivals can we catch you at this year?

Oh bloody hell there's loads. By the time this interview goes out I imagine the Summer Tour poster will be out which will be a banner of the Dutty Moonshine Facebook page so head there for the full list!

Shouts to Hypeman Sage, Martin Badder, Ghetto Funk and Rocstar while I'm here by the way, all badass honkies who have been part of the (very ropey and sometimes like a dysfunctional bad acid trip) family.

Here is the next upcoming event At The Zombie Shack, Manchester 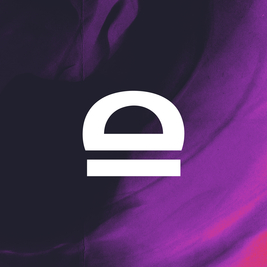 An all day live music event featuring over 20 acts across 3 stages.