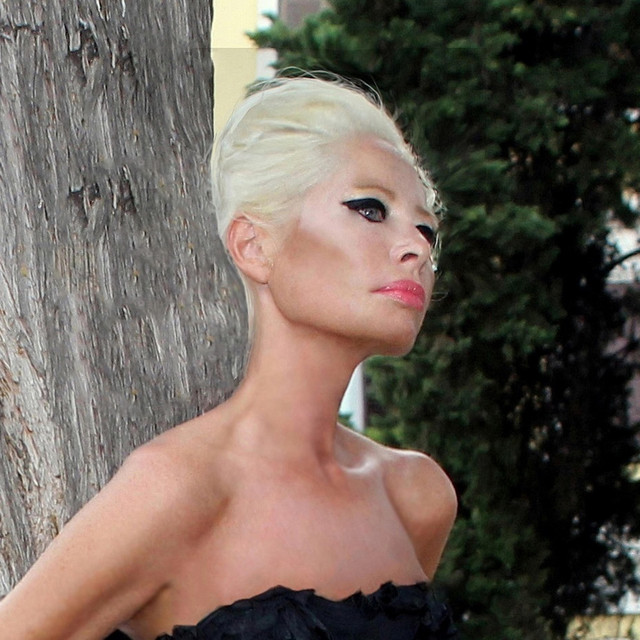 The Waterloo in Blackpool

Wendy James (born on the 21st January 1966, in East Sussex, England), is a singer-songwriter - best known as lead singer with late 80's pop band Transvision Vamp. She is currently the singer with Racine.

James was adopted soon after birth and left home at the age of 16, moving to the English seaside town of Brighton. Whilst there, she studied drama and English at college. After a year, she began singing in a nightclub, where (according to her) she mainly sang Patti Smith cover songs. There she met and began dating Nick Christian Sayer. James soon began living with Sayer and the pair began collaborating on songs (although Sayer was the principal song writer). Eventually Sayer and James moved to London where they teamed up with friends, Dave Parsons, Tex Axile and Pol Burton. The five of them soon formed the pop-punk band Transvision Vamp. Their first release entitled "Revolution Baby" failed to make much of an impact, but their third single "I Want Your Love" was a top 10 hit in the U.K. charts in 1988. The band released three albums in total before disbanding.

Wendy James hasn't been mentioned in our news coverage

Below is a sample playlists for Wendy James taken from spotify.

Do you promote/manage Wendy James? Login to our free Promotion Centre to update these details.