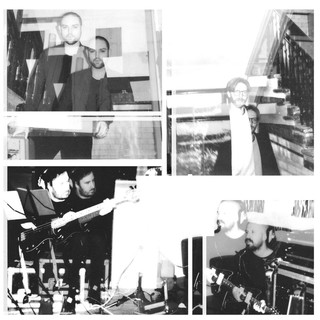 The Twilight Sad are an indie rock band from Kilsyth, Scotland formed in late 2003. The band is composed of James Alexander Graham (vocals), Andy MacFarlane (guitar/keyboards) and Mark Devine (drums). They have released four full-length albums: Fourteen Autumns & Fifteen Winters (2007), Forget The Night Ahead (2009), No One Can Ever Know (2012) and Nobody Wants to Be Here and Nobody Wants to Leave (2014). Where their debut album mixed post-rock and post-punk with heavily delayed shoegaze guitars and folk elements, their second album is more influenced by early krautrock. The band experienced a stylistic shift on their third album that replaced the wall of sound with analog synths in a new wave style.

The band started up by playing a couple of gigs at the 13th Note in Glasgow, creating half hour-long pieces of music using guitars, bass, drums, theremin, tape loops from films and old folk/country songs, effects pedals, toy keyboards, thumb pianos, saws, computer games, and a lot of noise, in an attempt to try and discover a sound they could call their own and continue to develop. After these two shows, they rejected many gig offers, and became a more reclusive unit, spending any spare time they had in the studio focused on writing and sculpting away at new material.

In September 2005, they produced a 4-song demo with a 24-track desk, trying to get the best representation as possible, sent it over to Brighton-based Fat Cat Records. Alex Knight, co-founder of the label, went to Glasgow to watch the band perform their third gig and signed them on the spot. In November 2006, they made their first official release with The Twilight Sad, a US-only EP that helped bring attention to the band, as well as performances at CMJ '06 and SXSW '07 Festivals.

Their debut album, Fourteen Autumns & Fifteen Winters, was recorded over a short period of three days and featured the first songs the band had ever created. It received good critical reception from the independent music media and turned the band into a reference point for the up-and-coming scottish indie scene at the time. Where the band’s recorded sound is layered with many melodies, their live sound is a more intense experience which replaces the intricacies of the recordings with a more visceral wall of sound, which is something the band intended to do all along.

In June 2008, they released the Here, It Never Snowed. Afterwards It Did EP, which included off-the-cuff reworkings of songs from the debut album, alongside the title track and a cover of Daniel Johnston, an artist they've cited as one of their main influences. The idea came about after the band played at London's Union Chapel, a venue with noise restrictions that forced them to perform with a more basic line-up of a fan organ, glockenspiel and percussion. During this time, the band recruited Martin "Dok" Docherty (formerly of Aereogramme) to play keyboards and additional guitar during the live shows. At the end of 2008, they released Killed My Parents and Hit the Road, a compilation to help fund their tour with fellow scots Mogwai. It consisted of live recordings, acoustic tracks, previously unreleased material, new demos and covers, which included The Smiths, Joy Division and Yeah Yeah Yeahs.

Their second album, Forget The Night Ahead, was released in September 2009. For the recording process, the band disposed of their effect pedals and experimented with natural reverb using early krautrock techniques, like mic'ing up inside the studio walls and rooms on the other side of the building to get the drum sound. During this time, original bassist Craig Orzel left the band to pursue other projects. He was replaced in the live setting by Johnny Docherty of Take a Worm for a Walk Week. A year later the band released The Wrong Car EP that featured two b-sides from the 'Forget' sessions as well as remixes by fellow Scottish acts Mogwai and Errors.

The Twilight Sad has been mentioned in our news coverage

The Cure announce Manchester and London dates for 2016

Sounds From The Other City to celebrate 7th year with its biggest ever festival!

Here are the latest The Twilight Sad mixes uploaded to Soundcloud.

Do you promote/manage The Twilight Sad? Login to our free Promotion Centre to update these details.