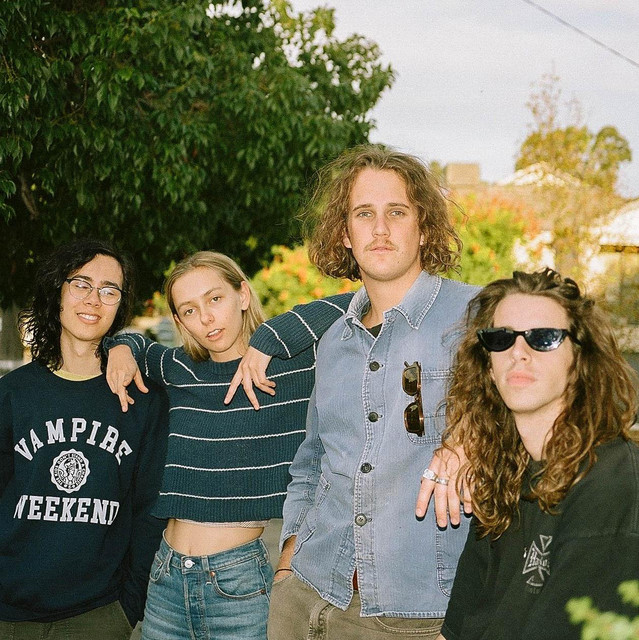 Spacey Jane came to life in 2016 when mates Caleb and Kieran re-visited their teenage musical ambitions. Ashton and Meils were picked up through uni friendships and the ball rolled on from there. Since their first show in Caleb’s backyard, the band has shared the stage with the likes of Car Seat Headrest, Alex Lahey, British India and The Stems, along with festival appearances at Wave Rock Weekender, Gizzfest 2017 and Falls Downtown and the recently announced SOTA Festival, hitting Elizabeth Quay in June 2018.

Whilst their first release No Way To Treat An Animal was a collection of songs that had been in the band’s set since their inception, In The Meantime represents a shift in the band’s songwriting and production – sharper, cleaner and more mature. Drawing influence from The Smiths, Car Seat Headrest and Pavement, the newest duo of tracks sees Spacey Jane at their most refined and exciting. Read more on Last.fm. User-contributed text is available under the Creative Commons By-SA License; additional terms may apply.

Spacey Jane hasn't been mentioned in our news coverage

Below is a sample playlists for Spacey Jane taken from spotify.

Do you promote/manage Spacey Jane? Login to our free Promotion Centre to update these details.