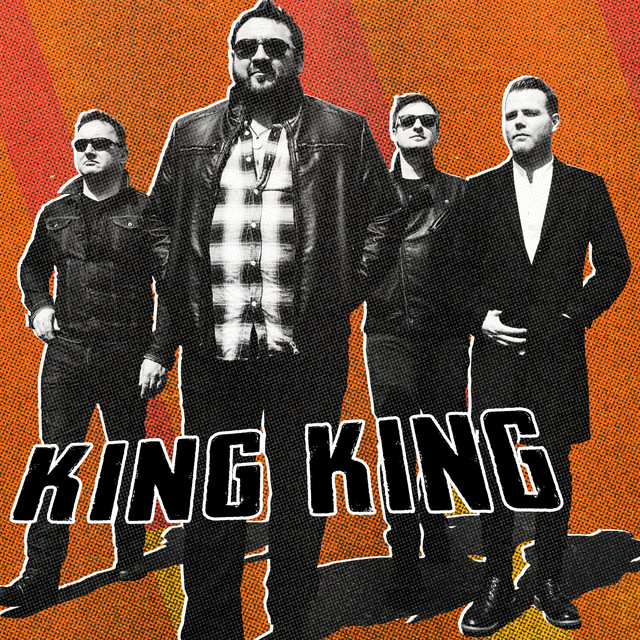 King King are on a roll. Faced with their army of fans and armfuls of awards, there's no doubting that Alan Nimmo (vomls/ guitar), Lindsay Coulson (bass), Wayne Proctor (drums) and Bob Fridzema (keys) are a band with the wind in their sails. As Classic Rock pain= out "King King are setting the blues world on fire." Yet there's no smoke and mirrors behind their six-year rise, just killer songs, performed with true passion, by a fin-tight lineup.

Right now, King King stand on the brink of their busiest period to date, committed to a 2016 tour schedule that will see the band raise roofs from their home turf of Glasgow to Europe, Asia and beyond. Straight out of the bbcks, they'll be rocking the Mahindra Festival in Mumbai, then opening arena dates as support to the mighty Thunder. In Spring, they head out on their awn UK headline tour, then bring the noise across mainland Europe. And if you can't be down the front, look out for the band's very first live album and DVD...

In short, there's no time for backshps, even as King King reflect on an astonishing run of form. Asa measure of the band's current status, consider a few highligh. of 2015. Induction into The British Blues Awards Hall Of Fame (n winners of 'Best Band' for three consecutive years). Nomination for 'Ben New Band' at Classic Rock's prestigious Roll Of Honour (they finished in the top three). Plus, let's not forget the international acclaim for third release Reaching For The Light which figured in Best Albums Of 2015 polls by magazines including Classic Rock and The Blues, and topped the countdown in Detroit's Blues Rock Review ("Another masterclass from King King").

King King has been mentioned in our news coverage

Here are the latest King King mixes uploaded to Soundcloud.

Do you promote/manage King King? Login to our free Promotion Centre to update these details.