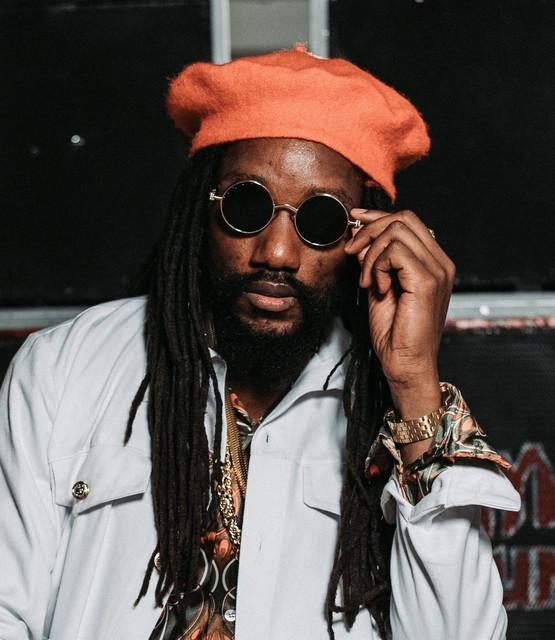 Keron Salmon, known by his fans as Kabaka Pyramid, is an ever-evolving artist that has numerous ways of expressing his creativity. The ability to watch and learn from others around him has made him into somewhat of a Jack-of-all-trades. You can find him at Bebble Rock Studios, in his hometown Kingston, Jamaica, writing lyrics, producing tracks, engineering/recording himself or other artists, mixing songs, editing video/photos, or even learning to play the guitar! His passion for music began at early age when he would change the lyrics to popular songs and record his own version on his mother's tape recorder. What began as a humorous venture was actually a stepping stone for the artist we know today. Reggae music has always been a strong influence on the Kingstonian lyricist, but during high school it was Hip Hop music that captivated him, and you could find him walking to the canteen reciting his favorite Canibus or Inspectah Deck lines. The influence of both genres can be easily detected as he, and other Bebble Rock artists such as Koro-Fyah, seek to find the perfect fusion of the two cultural expressions.

Recently Kabaka Pyramid has been appearing on the Live Music scene in Kingston with live performances at the Manifesto Jamaica Festival 2010, Jaria Reggae Month 2010, Jamaica Vybez, The Next Generation of Reggae, Bands Incoporated (Featured by The Indiggnation Band), and Conversations - just to name a few.

The Conscious musician is a member of Manifesto Jamaica, which is an N.G.O. aiming to empower Jamaican youth through the arts and culture. Representing Manifesto JA, Kabaka has worked with friend and colleague Donisha Prendegast on the "Africa Unite" School Tour spreading the word of Rastafari and the liberation struggle in South Africa. Performing for the kids in school is an important part of Kabaka's vision for his musical career and is always willing to play his part in the movement.

KABAKA PYRAMID has been mentioned in our news coverage

Kabaka Pyramid interview: "Reggae is the spirit of Jamaican culture"

Jamaican artist Chronixx brings his reggae to Leeds and Manchester

Here are the latest KABAKA PYRAMID mixes uploaded to Soundcloud.

Do you promote/manage KABAKA PYRAMID? Login to our free Promotion Centre to update these details.