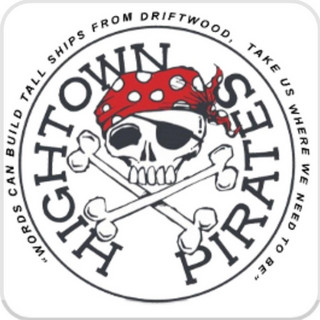 Hightown Pirates are fronted by writer and songsmith Simon Mason.

After being asked to accompany Peter Doherty on his Eudiamonia Tour in May 2016, reading from his acclaimed memoir 'Too High Too Fast Too Soon' and performing songs, Simon was spotted and offered the opportunity to record an album.

The process was very quick, Hightown Pirates was formed and the album recorded over a few days at Doghouse Studios. The resulting album is Dry And High , tracks have already been picked up by the likes of Gary Crowley (BBC London/Introducing) and due for release in 2017.

"There are hooks all over the place, break downs, build ups, melody and power. It's genuinely as good as pretty much anything I've seen this year. And I've seen some pretty bloody good stuff this year.

The set is the album, the album is finished. Six months ago there wasn't a band, there was just a bloke on stage with an acoustic guitar supporting Pete Doherty on his solo touring somebody in an audience pointing out that that song he just sang should be recorded. Chance meetings lead to incredible things.

Six months on, there's an album 'in the can' as they (whoever 'they' are) say and there's a pledge campaign for the mastering with all the usual added thrills you'd want and expect and a tour in the new year. Six months ago there was nothing but an idea, now there's everything else and the everything else is as great as you'd want it to be."

Hightown Pirates hasn't been mentioned in our news coverage

Here are the latest Hightown Pirates mixes uploaded to Soundcloud.

Do you promote/manage Hightown Pirates? Login to our free Promotion Centre to update these details.