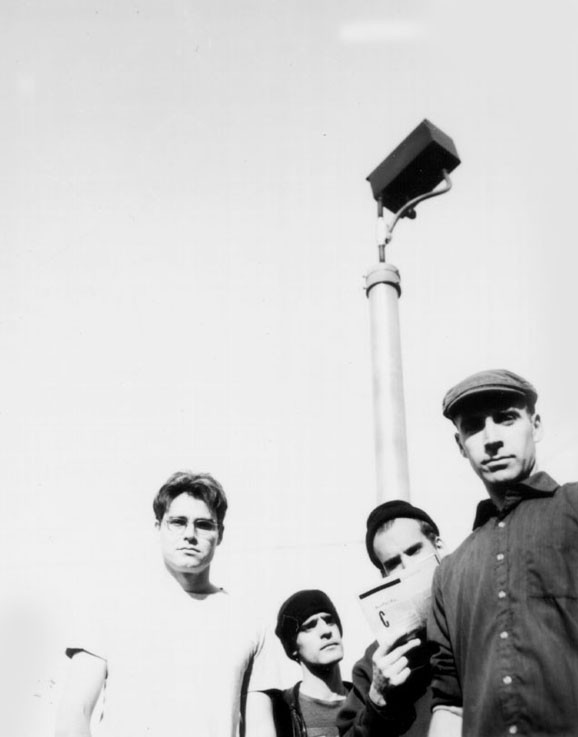 Fugazi is a post-hardcore band formed in Washington, DC. Fronted by ex-Minor Threat vocalist Ian MacKaye and ex-Rites of Spring vocalist Guy Picciotto, both on vocals and guitar, Fugazi also consists of Joe Lally on bass and Brendan Canty on drums. Since its inception, Fugazi has been self-managed and have released almost all their material through Dischord Records, an independent label founded by MacKaye and partner Jeff Nelson in 1980. The band maintained a policy of affordable access to their work through low record and ticket prices and all-ages concerts. Says AMG All Music Guide, "Along with their stridently underground ethics â which were more out of pragmatism and modesty than anything else â they gained an extremely loyal and numerous global following. To many, Fugazi meant as much to them as Bob Dylan did to their parents." They played their first show in the fall of 1987 and since then released 7 albums and toured the world extensively covering all 50 United States, Europe, Australia, South America, Japan and many points in between. In addition to their recorded output Fugazi released a documentary film/video called "Instrument" in collaboration with independent filmmaker, Jem Cohen. The feature length video offers a documentary overview of the the band's career with footage shot in a variety of formats over the last 10 years combining concert, tour and studio material backed with a musical soundtrack by the band unique to the movie. Fugazi's last musical releases were The Argument, a 10 song LP, and Furniture, a 3 song single, released in the Fall of 2001. These sessions marked the first studio appearance of long time roadie and second drummer Jerry Busher who played additional drums and percussion on a number of the tracks on both releases. The recordings were once again made in collaboration with long time Fugazi engineer Don Zientara at Inner Ear studios. Prior to forming Fugazi, the members of the band played in various other bands with releases available on Dischord. Fugazi are currently on hiatus as of 2002, with Mackaye in The Evens, Picciotto having produced various bands including Blonde Redhead and The Blood Brothers, and Lally playing with John Frusciante and Josh Klinghoffer on both Ataxia releases and working on a solo album. User-contributed text is available under the Creative Commons By-SA License and may also be available under the GNU FDL.

Fugazi has been mentioned in our news coverage

MC Lars is back with October tour

Kagoule: That was me trying to not write a song

Below is a sample playlists for Fugazi taken from spotify.

Do you promote/manage Fugazi? Login to our free Promotion Centre to update these details.