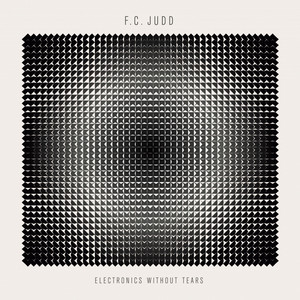 British electronic pioneer, F.C. Judd ( Fred Charles Judd) is not the only overlooked and little discussed composer working in the late 1950s and 60s – in fact he is one of a number now largely forgotten. His unacknowledged importance hinges on a wide range of electronic activities – from his compositions, self-built synthesizer and sound visualisation system – to his books, magazine articles, radio broadcasts and lectures to amateur tape recording clubs up and down the country. Fred was the prime mover in disseminating electronic sounds and musique concrete to the general public – not just encouraging them to listen, but moreover to experiment for themselves with tape recorders and tone generators.

Born in 1914 in Woodford, East London, and like so many of his generation, he developed an early passion for radio. With the outbreak of WW2 he served in the RAF Coastal Command working with highly secret radar equipment, just as electronic music pioneer Tristram Cary was engaged in similar work in the Royal Navy. Both men were later in contact, and used their skilled engineering backgrounds to develop their musical interests through electronics. Fred had no formal musical training though he was competent on guitar and organ, and it appears that the combination of music, radio, tape recording and circuitry inevitably drew him to experimenting with electronic music during the mid-1950s.

F.C. Judd has been mentioned in our news coverage

Below is a sample playlists for F.C. Judd taken from spotify.

Download our app or subscribe to our push notifications to get the latest alerts for F.C. Judd

Do you promote/manage F.C. Judd? Login to our free Promotion Centre to update these details.