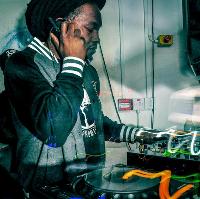 He started making music in the late 80ies inspired by his older Brother who had his own Reggae sound system. Also with the help of his Mother and Father who helped buy him his first keyboard,TB 303 and later on in the years sampler(God bless you Mum n Dad).He would often go to clubs in Sheffield where a Dj called Winston Hazel would play peoples demos, producers like Nightmares on wax and Rob gordon from early Warp records etc were just a few of the artists who would submit their demos to get played by Winston. This inspired him to want to take his music and Djing further , Double O started Djing professionally in the early 90ies at the Doncaster warehouse and various clubs up North. At the Warehouse he had his first release with Dj Mzone a 4 track ep which he remembers they distributed themselves travelling to lots of different records shops up North for e.g. Eastern Block records in Manchester.

While Djing in the warehouse a few years later he met Dj Oldskool legend Stu Allen who he would sometimes mc for when he played his set at the Warehouse. Stu who liked Double O,s Mcing style encouraged him to do some singing on some tracks for a commercial Label called Red Raw. The track ended up getting to 56 in the commercial charts but Unfortunately this direction was not the direction Double O wanted to take his music but he did value the experience.

Double 0 (Rupture) hasn't been mentioned in our news coverage

Here are the latest Double 0 (Rupture) mixes uploaded to Soundcloud.

Do you promote/manage Double 0 (Rupture)? Login to our free Promotion Centre to update these details.