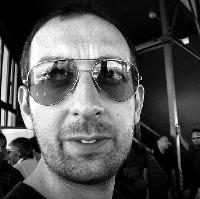 As a South London-based enthusiast for jazz, soul and funk I have led a fairly charmed life in the world of music since walking out of university in 1990 and straight into a job at Acid Jazz Records. My teenage years: spent in mod clubs, jazz clubs and with plenty of record collecting, had fortunately prepared me for my new career, which involved clubs and record buying.

As well as working with some of the top UK-based soul acts of the 90s, such as Jamiroquai and the Brand New Heavies, my abiding love of old music led to me being drafted-in by Blue Note as lead compiler of their Blue Series of compilations. My Blue Break Beats series sold over a 100,000 copies and opened the door for me to work on all sorts of catalogue projects, including the relaunch of EMI’s Stateside label and, best of all, a call from Roger Armstrong at Ace to see if I would be interested on helping out on the BGP label.

First I contented myself with rummaging through Ace’s deliciously full vaults to put out the “Super Breaks”, “Super Funk” and “Living In The Streets” series, plus further helpings of funk and jazz with a touch of soul. In more recent years I’ve developed my fascination for the music of Memphis, and the American South in general, and was involved in deals that have brought the Sounds Of Memphis and Fame labels under the Ace umbrella.

Dean Rudland hasn't been mentioned in our news coverage

Do you promote/manage Dean Rudland? Login to our free Promotion Centre to update these details.