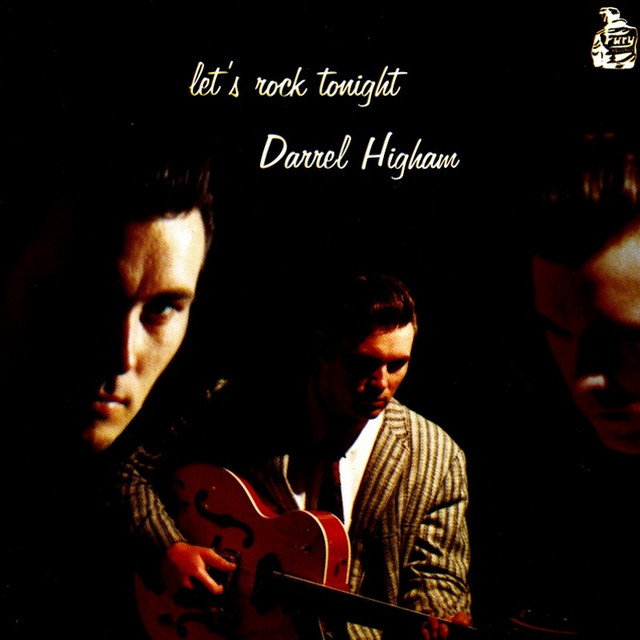 Higham started playing lead guitar with British rockabilly bands in the late 1980s. By the mid-1990s, he had created the band that would become his main gigging and recording project: Darrel Higham & The Enforcers. Although The Enforcers would go on to become one of the most popular UK Rockabilly bands of their time, it was Higham's solo projects that would get him far greater recognition, including session work as guitarist with the likes of Chrissie Hynde[1], Jeff Beck, Rocky Burnette, Billy Lee Riley, Shakin' Stevens (on the 1999 UK tour). Eddie Cochran's last road band - The Kelly Four - employed Higham as their front man for a 6 month period in 1992 for gigs and recordings in the US.

In 1996, he also appeared in London's Prince Of Wales Theatre playing the role of Scotty Moore and Eddie Cochran for 8 months in a revival of Jack Good's Elvis: The Musical.[1] This would lead to further roles as Eddie Cochran in touring theatre shows around the UK for a couple of years afterwards.

Darrel Higham hasn't been mentioned in our news coverage

Below is a sample playlists for Darrel Higham taken from spotify.

Do you promote/manage Darrel Higham? Login to our free Promotion Centre to update these details.