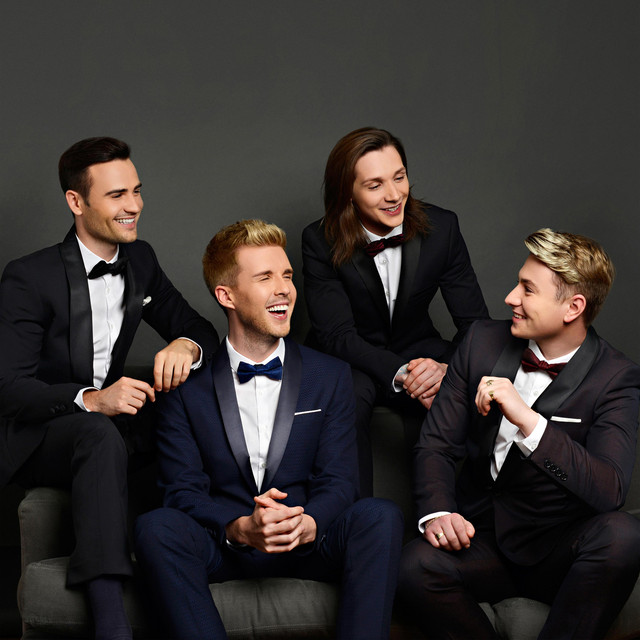 Collabro are an English boy band who won the eighth series of Britain's Got Talent in 2014. Specialising in musical theatre, the group consists of Michael Auger, Richard Hadfield, Jamie Lambert, Matthew Pagan and Thomas J Redgrave.

Collabro formed in January 2014. Pagan and Lambert knew one another already, and used social media to find three additional singers to complete the band's line-up.Pagan and Lambert held auditions where they found Auger and Redgrave. They found Hadfield on Youtube singing Bring Him Home. They sung together for the first time at the Miller pub in London Bridge. It was not long after this that they decided to audition for Britain's Got Talent, as they had 'nothing to lose'.

In February 2014, only a month after forming, Collabro auditioned in London for the eighth series of Britain's Got Talent. They received a standing ovation from both the audience and judges Simon Cowell, Amanda Holden, Alesha Dixon and David Walliams for their rendition of the song "Stars" from the musical Les Misérables. The judges were initially seen to have low expectations due to their styling and the fact that they had only been together for a month at the time. Cowell claimed that "Britain really has got talent" (a comment he repeated in the live semi-final) and they received a unanimous "yes" verdict from the judging panel, with Cowell also describing their performance as a "hit record", while Holden was reduced to tears.

Collabro has been mentioned in our news coverage

Chart round up: Muse dethrone Florence

Below is a sample playlists for Collabro taken from spotify.

Do you promote/manage Collabro? Login to our free Promotion Centre to update these details.