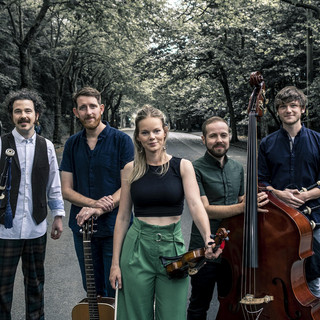 Breabach are a folk band from Scotland formed in 2005 who stormed onto the folk roots scene with their nomination as 'Best Folk Band' at the 2007 Scots Trad Music Awards, an achievement which they were able to repeat a year later.

The band has released two albums to date: The Big Spree in 2008 and The Desperate Battle of the Birds in 2010. They have appeared several times at the world famous Celtic Connections in Glasgow and have also toured extensively around the UK and most of Europe.

Read more about Breabach on Last.fm.

Breabach has been mentioned in our news coverage

Below is a sample playlists for Breabach taken from spotify.

Do you promote/manage Breabach? Login to our free Promotion Centre to update these details.