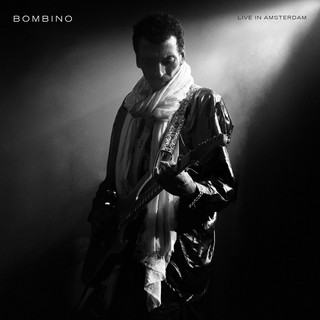 Omara "Bombino" Moctar, whose given name is Goumar Almoctar, was born on January 1st, 1980 in Tidene, Niger, an encampment of nomadic Tuaregs located about 80 kilometers to the northeast of Agadez. He is a member of the Ifoghas tribe, which belongs to the Kel Air Tuareg federation. His father is a car mechanic and his mother takes care of the home, as is the Tuareg tradition. Bombino was raised as a Muslim and taught to consider honor, dignity and generosity as principal tenets of life.

The Tuareg, known amongst themselves as the Kel Tamasheq, have long been recognized as warriors, traders and travelers of the Sahara Desert - as a people of grace and nobility as well as fighters of fierce reputation. They are a nomadic people descended from the Berbers of North Africa and for centuries have fought against colonialism and the imposition of strict Islamic rule.

Bombino spent his early childhood between the encampment and the town of Agadez, the largest city in northern Niger (population about 90,000) and long a key part of the ancient Sahara trade routes connecting North Africa and the Mediterranean with West Africa. One of seventeen brothers and sisters (including half brothers and half sisters from both his mother and father), Bombino was enrolled in school in Agadez, but he demonstrated his rebellious spirit early on and refused to go. Bombino's grandmother took him in to keep his father from forcing him to go to school, and, like most Tuareg children, he grew up living with his grandmother.

Bombino has been mentioned in our news coverage

Below is a sample playlists for Bombino taken from spotify.

Do you promote/manage Bombino? Login to our free Promotion Centre to update these details.