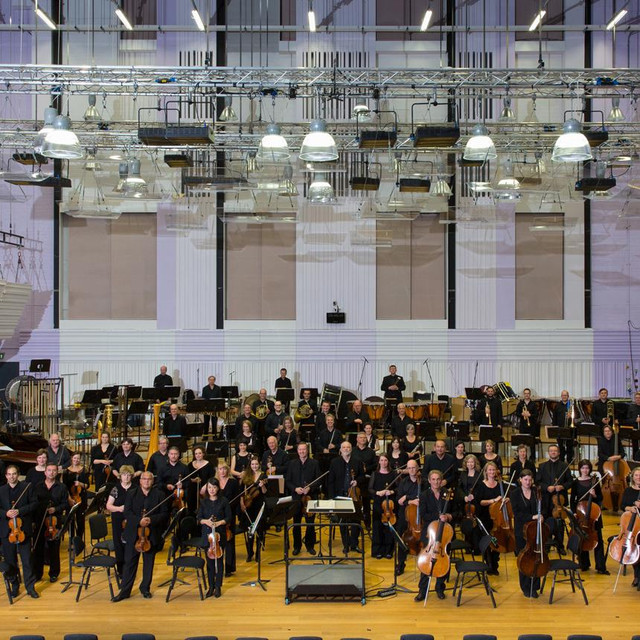 The BBC Philharmonic is a professional broadcasting symphony orchestra based in Manchester, England. It is one of five orchestras maintained by the British Broadcasting Corporation.

The 2ZY Orchestra was formed in 1922 for a Manchester radio station of the same name. It gave the first broadcast performances of many famous English works, including Elgar's Dream of Gerontius and Enigma Variations and Holst's The Planets. The orchestra was part-funded by the British Broadcasting Company (precursor of the BBC), and re-named the Northern Wireless Orchestra in 1926.

When the BBC Symphony Orchestra was established in London in 1930, the new Corporation cut its regional orchestras' funding. The Northern Wireless Orchestra was downsized to just 9 players, and renamed the Northern Studio Orchestra. Three years later, however, the BBC reversed its decision and maintained a full orchestra again - this time called the BBC Northern Orchestra. This was the beginning of the orchestra in its present form.

BBC Philharmonic has been mentioned in our news coverage

Sounds from the Other City 2019 announces full line up

Sounds From The Other City 2018 review

Sounds From The Other City confirm full line up

Sounds From The Other City: Celebrating The Idea Of Independence

Below is a sample playlists for BBC Philharmonic taken from spotify.

Do you promote/manage BBC Philharmonic? Login to our free Promotion Centre to update these details.