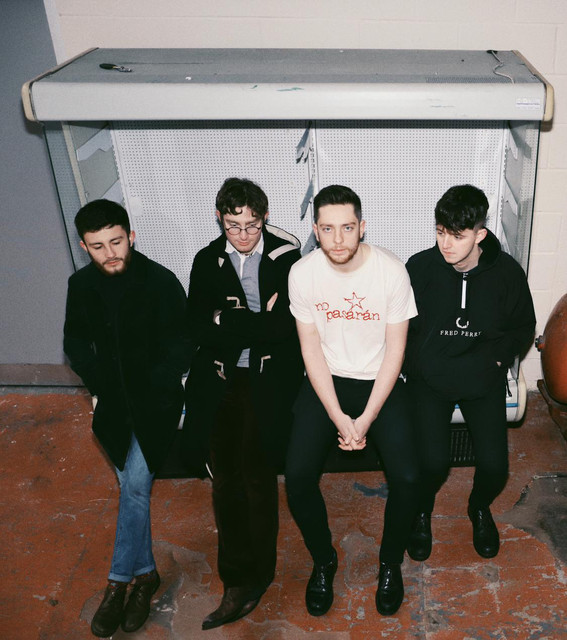 ‘EMERGING from the depths of Glasgow’s dark underbelly are Bad Hombres; a rock’n’roll four-piece with heaps of swagger and a definite menacing streak (Tenement TV).’

Bad Hombres were formed in April 2017, consisting of Jack Conlon, Paul Duff, Innes McGarry and Brendan Cairney. Infusing a musical blend of Oasis, Franz Ferdinand and The Blinders, with the politicised and anti-establishment lyrical nuance of The Clash and The Smiths, the band and are firm favourites for fans of Cabbage and The Libertines. From angst ridden vocals to a rooted relentless bass, Bad Hombres are a searing smack in the mouth of smog smothered classic rock (Indie Buddie).

Having made their debut at the world famous King Tut's Wah Wah Hut in August, the band’s debut single ‘Manuel!' was released in February 2018, achieving local radio play and support from Tenement TV, who described it as ‘almost cinematic in style, it’s a raw, unfiltered insight into their undeniable potential.' With further headline gigs at notorious Glasgow venues such as Broadcast and the Priory under their belt, the four piece moved into the summer by linking up with one of their songwriting heroes Kieren Webster (The View). Webster, along with Scotty Anderson, oversaw production duties on the bands' second and third singles, ‘Burn It Down’ and ‘Yes Men,’ which were promoted heavily on The View's social media channels and saw the band lamenting the politically and socially abhorrent forces at play in the United Kingdom.

Bad Hombres has been mentioned in our news coverage

Here are the latest Bad Hombres mixes uploaded to Soundcloud.