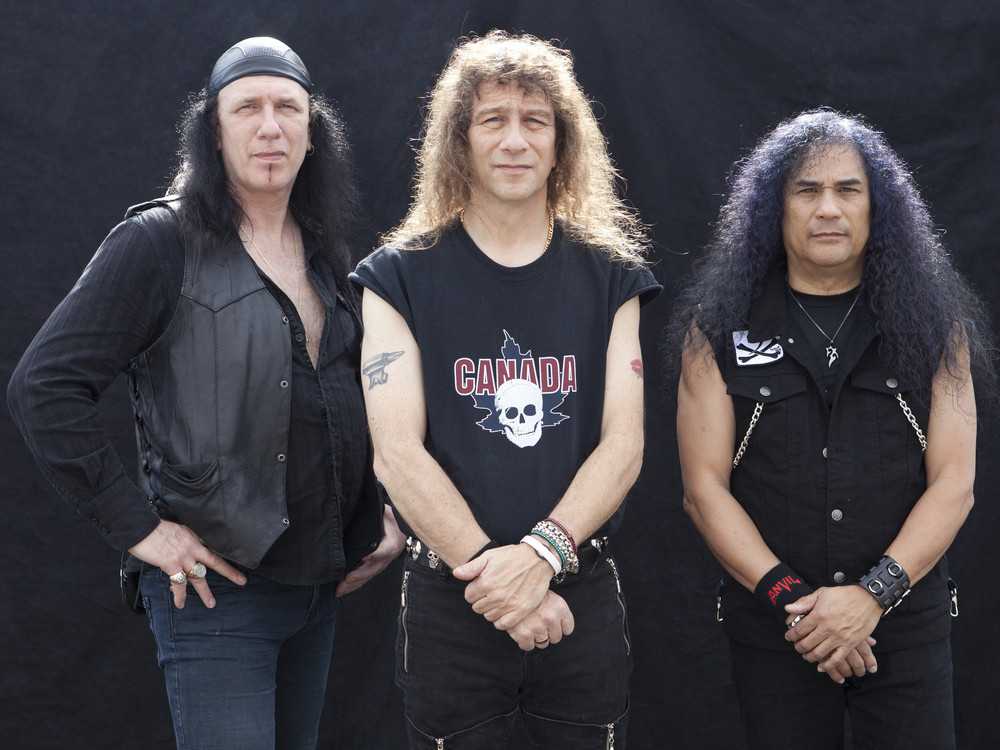 Anvil is a Canadian heavy metal band who has influenced many musical groups including Slayer and Metallica. The band's history is chronicled in the 2009 documentary Anvil! The Story of Anvil.

The roots of Anvil began in April 1973 in Toronto, when high school friends Steve "Lips" Kudlow and Robb Reiner began playing music together. They met through friend, guitarist and neighbour Marty Hoffman, but "musical differences" caused his departure after their first show. It was not until 1978 that the first lineup that was to become Anvil was formed: Steve "Lips" Kudlow (lead vocals, lead guitar), Robb Reiner (drums), Dave Allison (vocals, rhythm guitar) and Ian Dickson (bass).

In 1981, the band released an independent album called Hard 'N Heavy. Shortly after they were signed by Attic Records they changed their name to Anvil and the independent album was released by Attic as their debut album. In 1987 they were approached by American label Metal Blade Records. They released three records with Metal Blade Records starting with Strength Of Steel. Strength of Steel was the group's most commercially successful record in the United States, peaking at #191 on the Billboard 200. Anvil were then picked up by Maximum Records, an independent Canadian label that was formed by Helix's manager-at-the-time William Seip. From 1996 they were signed by Hypnotic Records in Canada and Massacre Records in Germany. In 2001, the band recorded "Plenty of Power" and continued touring in which Kudlow remarked "We'll play gigs sometimes where there's no one there".

Anvil has been mentioned in our news coverage

Bullet for My Valentine set for UK tour this winter

Below is a sample playlists for Anvil taken from spotify.

Do you promote/manage Anvil? Login to our free Promotion Centre to update these details.