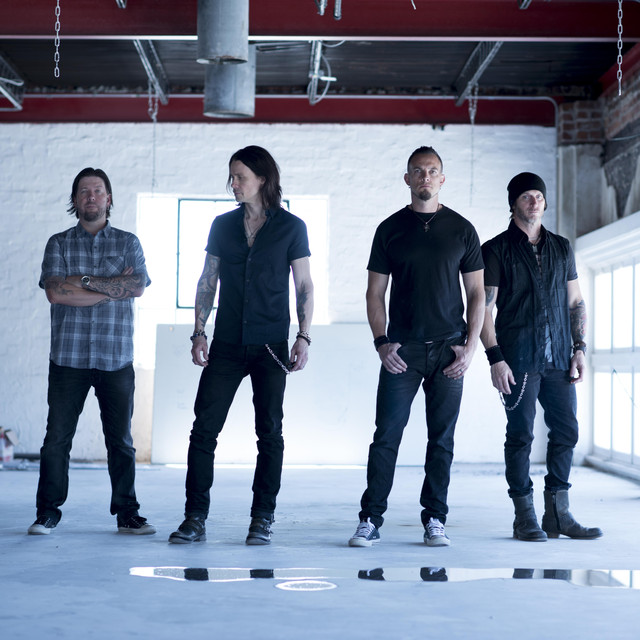 Alter Bridge is an American alternative metal/hard rock band that was formed in 2004 in Orlando, Florida. It consists of lead guitarist Mark Tremonti, bassist Brian Marshall, and drummer Scott Phillips (drummer), all of whom are also members of Creed, alongside lead vocalist and rhythm guitarist Myles Kennedy, formerly of The Mayfield Four and the frontman of Slash's current solo project. Tremonti named the group after an actual bridge that used to be located in Grosse Pointe, Michigan, near his former home on Alter Road. Alter Bridge released their debut album One Day Remains in 2004, with the first single Open Your Eyes.

After the band's first tour, they dropped their contract with Wind-up Records in 2006 and signed with Universal Republic, releasing their second album, Blackbird, which was positively received by critics, in October 2007. The band spent the next two years touring and working on other projects before reconvening in 2010 to work on their third album. Titled AB III, the album received critical success and was released in October 2010 on Roadrunner Records. This album has a much darker feel, lyrics wise, and a more dynamic and progressive sound than the previous two. In January 2011, the band's first live album and concert film, Live from Amsterdam, was finally released in stores after two years of delays. A second concert film, Live at Wembley, was released on March 26, 2012.

Alter Bridge has been mentioned in our news coverage

Huge number of additions to Download Festival 2017 line up

Below is a sample playlists for Alter Bridge taken from spotify.

Do you promote/manage Alter Bridge? Login to our free Promotion Centre to update these details.