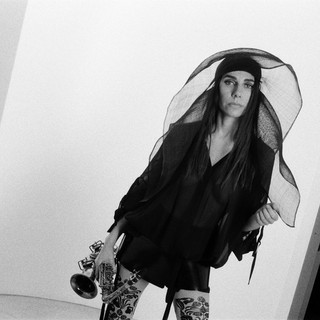 Polly Jean Harvey, born October 9, 1969 in Yeovil, United Kingdom and raised in nearby Corscombe (Dorset), is an English singer-songwriter. She has recorded as a solo artist under the name PJ Harvey, but she began her career as part of a trio (with drummer Rob Ellis and bassist Steve Vaughan) also named PJ Harvey in 1991. Early material released by the trio on Dry, 4 Track Demos and Rid Of Me was praised by critics for its raw lo-fi, many times acoustic guitar sound and melancholic, witty lyrics.

PJ Harvey has been mentioned in our news coverage

Back In The Day Freedom Party

Below is a sample playlists for PJ Harvey taken from spotify.

Do you promote/manage PJ Harvey? Login to our free Promotion Centre to update these details.