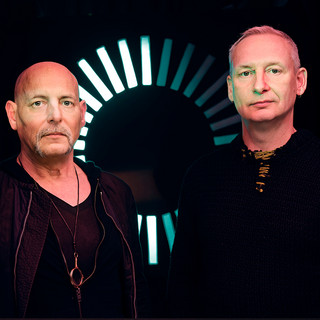 Orbital are an electronic music duo consisting of brothers Phil Hartnoll and Paul Hartnoll formed in Sevenoaks, Kent, England whose career originally lasted from 1989 until 2004. Orbital took their name from Greater London's orbital motorway, the M25, which was central to the early rave scene and party network in the South East during the early days of acid house. One of the biggest names in British electronica during the 1990s, Orbital were both critically and commercially successful, being particularly known for an element of live improvisation during their shows, a rarity with techno acts.

Orbital has been mentioned in our news coverage

Below is a sample playlists for Orbital taken from spotify.

Do you promote/manage Orbital? Login to our free Promotion Centre to update these details.