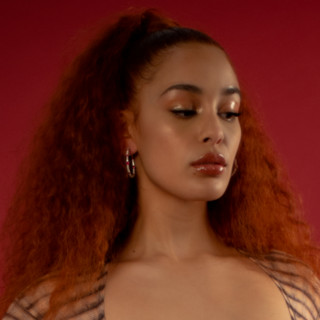 Jorja Smith is an 19-year-old newcomer from Walsall, UK. Smith impressed many and earned attention with her hip-hop and R&B-inspired debut single "Blue Lights" and has taken the rest of the year to deliver songs that fuse soul, blues, and even classical. She spent much of 2016 getting people very excited about her effortless, informed, and deeply soulful pop with a trio of eclectic singles. Her first EP Project 11 arrives so perfectly formed it almost feels like showing off. Many songs mark Smith out as her hero Amy Winehouse’s truest successor.

Smith has been performing since the age of 8 and writing songs since 11, amassing a broad catalog of mostly unreleased tracks that skew from pop to modern soul. One of the earliest songs she remembers writing was called “High Street,” about when all the stores in her hometown of Walsall, in the midwest of England, closed during the economic recession of the late-’00s, leaving behind a hollow ghost town. Walsall is a run-down place, Smith said, with “a lot of creative people, but not many possibilities.”

Jorja Smith has been mentioned in our news coverage

Below is a sample playlists for Jorja Smith taken from spotify.

Do you promote/manage Jorja Smith? Login to our free Promotion Centre to update these details.