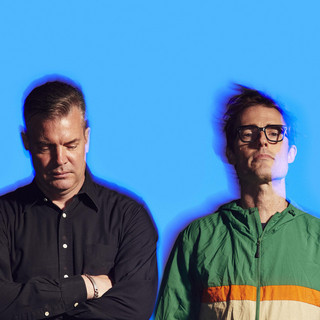 Cheese And Grain in Frome

Yes, the legendary actor, host and broadcaster Craig Charles of Red Dwarf, Robot Wars and Coronation Street fame is also one of the UK’s best loved Funk and Soul DJ’s. Broadcasting for 10 years on BBC 6 Music with their primetime Saturday night slot, Craig Charles has gone from strength to strength, becoming a commanding figure and DJ in the UK funk and soul scene.

“When BBC 6Music asked me to do a radio show I only had one condition, it has to be a funk & soul show otherwise I wasn’t interested” And so the Craig Charles Funk and Soul Show came in to being, right at the very beginning of Radio 6Music way back in March 2002.

Currently live every Saturday Night for 3 hours between 6pm and 9pm on one of the nation’s most loved music radio stations, has garnered Craig global support as one of the UK’s foremost Funk and Soul DJ, commentator and promoter of new music.

In 2009, taking after his radio show, we saw the creation of the Craig Charles Funk & Soul Club. A night dancefloor stomping funk and soul music, which sees Craig performing DJ sets in clubs up and down the country, and holding residencies at Manchester’s Band on the Wall and London’s The Jazz Café. Alongside the his own unique performances, Craig brings with him a host of storming guests from the funk and soul world, Maceo Parker, Smoove & Turrell, The Perceptions and Lack of Afro, to name but a few!

Away from the nightclub, Craig’s Funk & Soul Club has a busy festival touring schedule with DJ sets at Parklife, Lovebox, Soundwave, Great Northern Mod & Ska Festival and Mostly Jazz, Funk and Soul Festival, where he will curating and hosting his own stage playing alongside the likes of Roy Ayers.

Craig Charles has been mentioned in our news coverage

Below is a sample playlists for Craig Charles taken from spotify.

Do you promote/manage Craig Charles? Login to our free Promotion Centre to update these details.