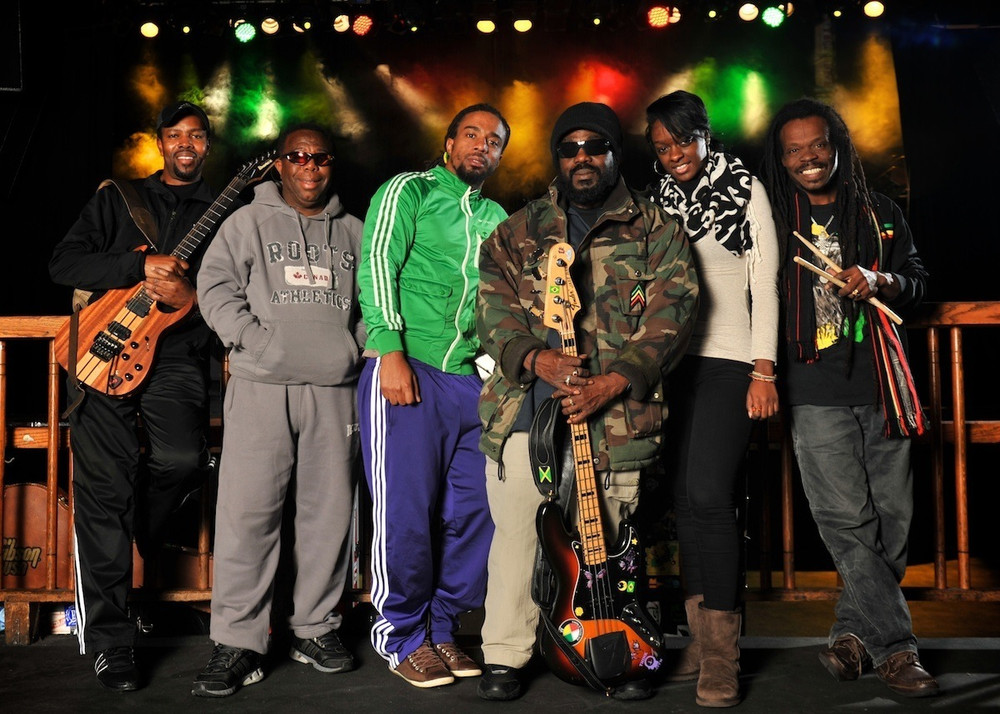 The Wailers tickets and 2020 tour dates

Together with Bob Marley, the Wailers have sold in excess of 250 million albums worldwide. In England alone, they’ve notched up over twenty chart hits, including seven Top 10 entries. Outside of their groundbreaking work with Marley, the Wailers have also played or performed with international acts like Sting, the Fugees, Stevie Wonder, Carlos Santana, and Alpha Blondy, as well as reggae legends such as Peter Tosh, Bunny Wailer, and Burning Spear. As the greatest living exponents of Jamaica’s reggae tradition, the Wailers have completed innumerable other tours, playing to an estimated 24 million people across the globe. They have also been the first reggae band to tour new territories on many occasions, including Africa and the Far East.

Their nucleus formed in 1969, when Bob Marley, Bunny Wailer, and Peter Tosh recruited the Barrett brothers - bassist Aston “Family Man” and drummer Carly - from Lee Perry’s Upsetters to play on hits such as Lively Up Yourself, Trenchtown Rock, Duppy Conqueror, and many more besides. Inspired by Rastafari and their ambitions of reaching an international audience, this is the line-up that pioneered roots rock reggae, and signed to Island Records in 1971. Bunny and Peter left two years later. It was at this point that the in-demand Barrett brothers - whose rhythms also underpinned innumerable seventies’ reggae hits by other acts - assumed the title of Wailers, and backed Marley on the group’s international breakthrough album, Natty Dread. Under Family Man’s musical leadership, they then partnered Bob Marley on the succession of hit singles and albums that made him a global icon, winner of several Lifetime Achievement awards, and Jamaica’s best-loved musical superstar. Drummer Carlton “Carlie” Barrett died in 1987, leaving his brother as the main beneficiary of the Wailers’ mantle.

Reggae music has never stopped evolving but for millions of people from around the world it’s still defined by the songs of Bob Marley and the Wailers. It’s been their heartbeat rhythms that have inspired so much of what’s followed since, as evidenced by the enduring popularity of the “one-drop” reggae sound.

The Wailers has been mentioned in our news coverage

UB40 to headline first At The Palace event in 2020

Below is a sample playlists for The Wailers taken from spotify.

Do you promote/manage The Wailers? Login to our free Promotion Centre to update these details.